Dug into my Mom’s genealogy

Geared up for the return of True Blood!

Various and sundry adventures and relaxations

Here is some photographic evidence:

Penne pasta with ricotta, almost-carmelized-onions, swiss chard, & mushrooms – topped with parmesean and popped in the broiler. 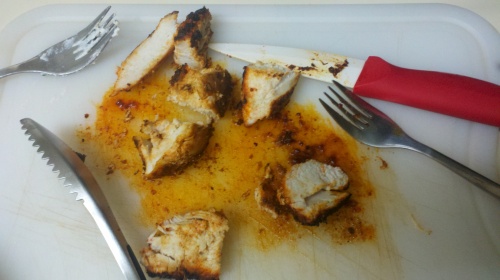 A not-very-appealing picture of the chicken I made the same night as the pasta – blackened chicken, made with a rub, a jump in a cast iron skillet, and then baking in the oven (though it sort of looks like a chicken was struck by a lightning bolt and then died on the spot – meat is still a wishy washy thing for me, though I can manage to cook raw chicken without feeling ill, so that’s something!)

Beer at one of my favorite places – and the beginnings of a genealogy chart for Mr. H (talk about perfect evening, haha!) 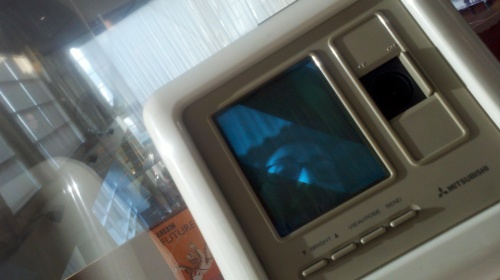 A gallery of items from the past that reflect old interpretations of the future. This is me through a 1980s videophone. The evening was made more exciting by unlimited free cocktails and appetizers (!).

This is me nerding out at the film location Melody Ranch. I went to the Cowboy Festival thanks to a lovely volunteer at work who had tickets to the Fest that she couldn’t use. This is the staircase that the character Nathan from the TV show version of The Magnificent Seven walked on to get to his Dr. office. I loved that show back in the day and still have a soft spot for it. 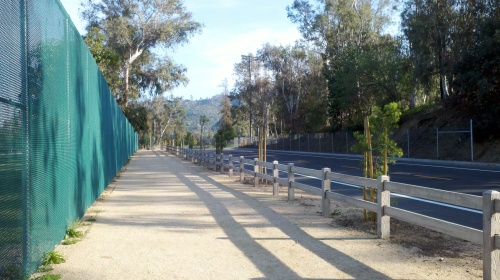 I’ve started running outside again and it is absolutely the best feeling ever! Now when I don’t run for too many consecutive days my body gets cravings for the exercise. It’s a good feeling to have.

I’m still getting around to taking apartment pictures.  I’ve done a lot of updates/rearranging since I first moved in so I’ll have to do some before and afters.

Mostly tonight I’m really happy to hear that my brother made it back from Afghanistan ok, and is now back in the states!  I think I’ve been nervously holding my breath since he left a year ago, so I’m so very glad to have him back on U.S. soil and out of a volatile area in the Middle East.

This entry was posted in Uncategorized. Bookmark the permalink.